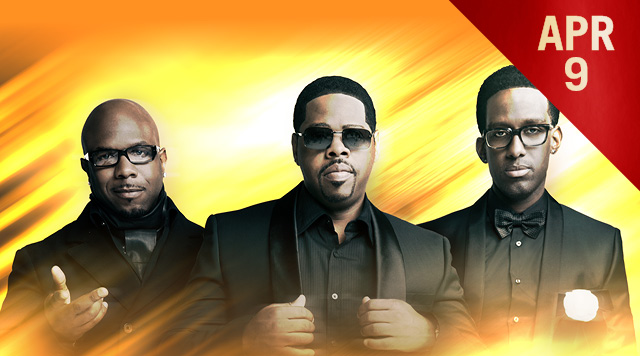 Boyz II Men remains one of the most iconic R&B groups in music history. The group redefined R&B and continues to create timeless hits that appeal to fans across all generations. Throughout their 25-year career, Boyz II Men has received four Grammy Awards, nine American Music Awards, nine Soul Train Awards, three Billboard Awards, and a 2011 MOBO Award for Outstanding Contribution to Music. Additionally, Boys II Men received a star on the Hollywood Walk of Fame, as well as a Casino Entertainment Award for their acclaimed residency in Las Vegas.

Boyz II Men holds the distinction of being the best-selling R&B group of all time, with an astounding 64 million albums sold. For the past two decades, the group has given fans a rich catalogue of hits filled with smooth harmonies and enduring themes. Past hits include: “End of the Road,” “One Sweet Day,” “Motownphilly,” “A Song for Mama” and many others.

The show begins at 7:30 p.m. Tickets on sale now. Tickets start at $35 and can be purchased at www.kansasstarcasino.com/entertain/arena. This is an-all ages show. For more information on Boyz II Men, visit https://shopboyziimen.com.
Cost:
Tickets from $35 plus taxes and convenience fees